Ardex builds campaigns in minutes, not weeks, with Phocas

“Before we had Phocas we had various static tools for analyzing our data – but they were all too time consuming and too hard to really use effectively. All that changed when we found Phocas.”

“Phocas has enabled us to build very targeted sales campaigns resulting in measurable increases in both sales and profitability.”

Unleashing the power of existing data

Morgan was quick to highlight an example where Phocas really delivered on its promises.

“A recent campaign was aimed at customers who were buying one product but were not buying an associated product. While in theory this data was always available to us, using Phocas we were able to build our campaign literally in minutes, whereas previously it would have taken days or even weeks to sort this data and then to analyse it to build a campaign. This was time which we just did not have!”

“Phocas is genuinely built for business users, not for IT. The simple, intuitive interface means you spend less time tinkering, and more time turning data into knowledge, and knowledge into results”.

Morgan continues on Phocas ease of use:

“Our initial reaction to Phocas was disbelief that it is so simple to use – yet such a powerful tool! Once you have Phocas, using your data to build sales becomes second nature. I strongly recommend any company seeking to maximise the business they do with their customers take the time to review Phocas.”

Ardex rely on Phocas for timely and accurate data to base strategies on.

We spoke to Fabian to see how Phocas has helped the Ardex team.

Want to learn more about Phocas for the building industry? 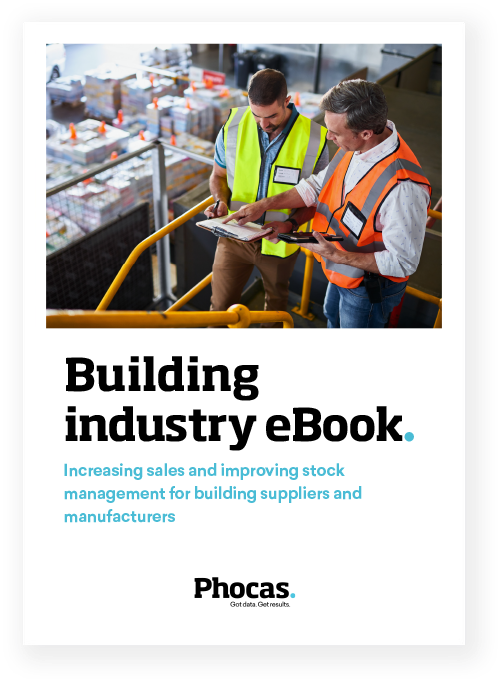 Building suppliers and manufacturers must embrace new technologies to respond to challenges, overcome threats and take advantage of opportunities.

To see how building companies are getting ahead, download our free Building eBook by completing the short form on the right.