Monument Tools is a fifth generation manufacturer of hand tools and one of the largest specialist hand tool manufacturers in Europe. It specializes in plumbing, roofing and drainage tools and has around 800 products.

Monument’s 800 strong customer base runs across the US and the UK as well as other export markets such as Australia, South Africa and the Middle East and ranges from wholesalers and merchants to end users. Jonathan Collier is the Managing Director at Monument and is a huge Phocas advocate. Here’s what he had to say about Phocas and the effect it has had on Monument Tools since its implementation in 2005:

“Before we had Phocas we had green screen terminals which basically did nothing more than process our sales orders and our sales ledger. We also had a Sage system that processed our nominal ledger and did our accounts.”

Making a better use of data

Jonathan became aware of how Phocas could help him analyze data that would otherwise have remained hidden within his ERP system.

“We sat down with Phocas Co-Founder Sean Morley and he did a presentation and I just said ‘That’s brilliant. We need to have it.’ Immediately I could see it was much easier to understand than using spreadsheets”, Jonathan said.

“Phocas puts all the data there for you. It’s customised by product, by date, by costs and margin. You’ve only just got to drop down whatever you want to look up. As long as you know what you’re looking for, it’s there. It’s that simple.”

For example, Jonathan said they’ve got one very big customer in the UK who takes a number of products from them. Using Phocas they were able to look at their ten distribution centres and prove to them that certain groups of products were selling in one area but not in another area whereas previously they couldn’t really analyze that data.

Phocas allows Monuments to interrogate their own shortcomings as well as their customers.

This kind of information has proven to be invaluable for them, especially when dealing with distributors.

“Another benefit that Phocas provided was on the re-planning of our driver routes. We had a link from Phocas into MapPoint. It allowed our sales team to organize and plan their days without having somebody babysit them. I think that was one of the things that was eye opening even for them as to how much better they could be at organizing their days and how much wasted time there was from driving around from A to B to C.”

Jonathan states that Phocas certainly contributed to their three year growth, because without the analysis function, they wouldn’t be able to target the customers they think they should be targeting.

He says it takes about 20 minutes to analyze the whole customer base across all of their products with Phocas.

“When you combine your business data with the speed of Phocas, you can see things absolutely instantly without somebody printing out reports and then putting it all together. It’s all there for you."

"I‘ve been contacted by some of the competition, but I couldn’t see anything that they had over and above Phocas. I want the best product in the market place and that’s Phocas. I would 100% recommend Phocas. I don’t know how you can run a business without it. It’s that simple. Just don’t sell it to our competitors.”

Want to learn more about Phocas for distribution? 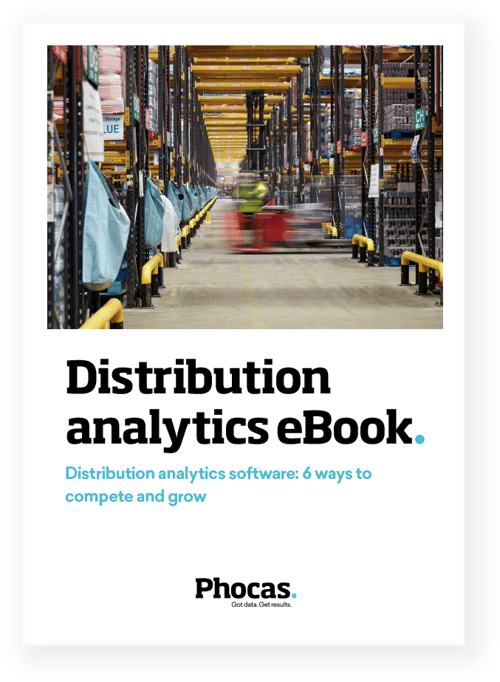 In this eBook, we discuss 6 reasons wholesale distributors are turning to distribution analytics software to draw value from their business data.

Download your free Distribution eBook by completing the short form on the right.